Home / Uncategorized / The Power of Pomegranate

The Power of Pomegranate The term “super food” gets thrown around a lot in popular health circles. Every day, it seems, there’s new talk of some berry from Asia that will help you become fitter and happier, fight off every disease and ailment known to man and make you smarter. As with many trending topics in the health and fitness world, the actual health benefits of many of these so-called superfoods are usually exaggerated or still under heated debate, and may not actually be much help as a supplement for your medical weight loss program.

But the pomegranate, one of the most talked about super foods, has a long history of benefiting human health as well as the scientific evidence to back it up. Full of antioxidants and nutrients, modern scientists have confirmed what many ancient cultures believed about the pomegranate: it really is quite good for you.

The pomegranate was one of the first fruits cultivated by man, with a history that goes back as far as 3500 B.C. A native of Persia, the pomegranate was buried with the dead in ancient Egypt, introduced to China during the Han dynasty and used by the ancient Romans to tan leather. The city of Granada, Spain is named after the pomegranate and the fruit appears on the Spanish coat of arms and flag. It is mentioned in both the Bible and the Quran and its merits were commended by literary figures from Homer to Shakespeare.

Time has disproven many ancient beliefs, and though it may not provide eternal life as the Egyptians believed, the pomegranate does have many real health benefits.

Used by your body to neutralize destructive molecules called free radicals that come from the inhalation of smoke and pollution and exposure to pesticides and radiation, antioxidants are found in great abundance in the pomegranate. Antioxidants have also been shown to improve blood flow and prevent arteriosclerosis, the hardening of arteries. Though antioxidants can also be found in sources like green tea and wine, few foods match the pomegranate in antioxidant richness.

Pomegranates also contain high levels of folic acid, vitamin C, fiber and potassium, all nutrients that are essential to maintaining proper health. Recent studies have shown that the pomegranate can help lower your chances of developing cardiovascular disease by reducing your levels of LDL, a kind of bad cholesterol. Though more research is needed, there is also evidence that the pomegranate helps to prevent breast and prostate cancers.

The Earth may not be flat, or the center of the universe, but it seems our ancient ancestors really hit a bull’s-eye with the pomegranate. Be careful when preparing it, as its delicious red juice is capable of irreparably staining just about anything, but try adding a little pomegranate to your diet to get some great health benefits the old fashioned way. 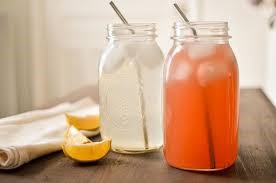